A Lesson From the Front Yard 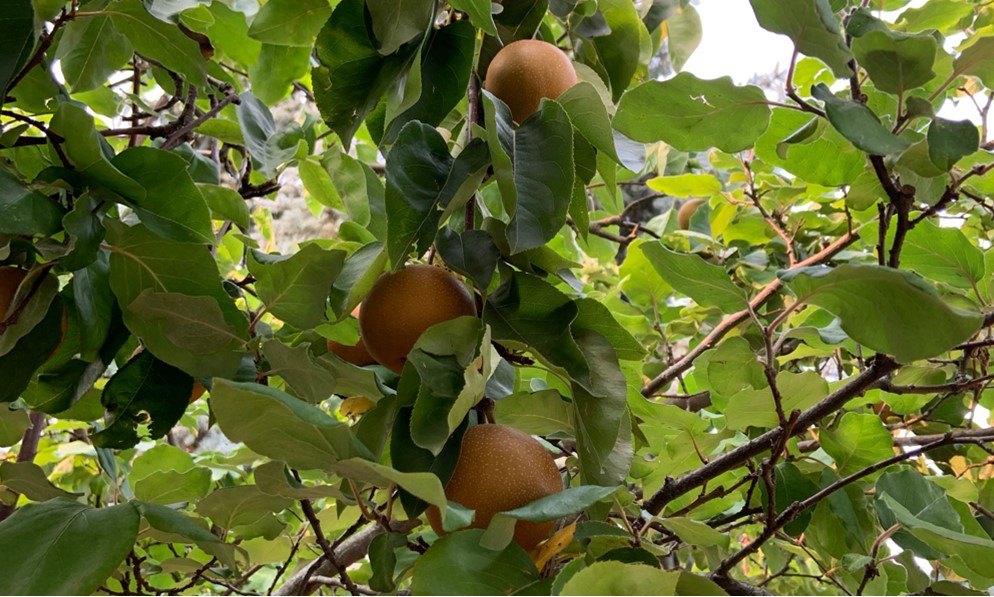 When Emily and I moved into our house in the Winter of 2017, we were pleasantly surprised in the Spring when the yard started to come to life. The owner before us had sought to create an English Garden, which meant that the yard was teeming with shrubs, flowers, and trees. Amidst the foliage, we were excited to find that there was a pear tree! But our excitement was curbed later that Fall when we realized that the pears that it was producing were terrible. They tasted like dirt clods, and were legitimately rock hard. We could see that there were two different kinds of branches on this tree, one obviously grafted into the trunk of the other, but it was really only producing this one awful type of fruit. So, we gave up on it.

Earlier this Summer, Em and I were out working in the yard and realized that this ol’ pear tree was looking pretty nasty. So, we pruned it back and prettied it up. Honestly, I didn’t really know what I was doing other than trying to make it look more like a tree instead of an overgrown mess. A couple of months later, a miracle happened… our pear tree was producing! It was putting out not just terrible green blobs of sadness, but beautiful golden symmetrical asian pears! Emily and I were astonished! How could something that once produced terrible fruit suddenly start producing a harvest of delicious fruit? Why had we waited all this time to try and prune it and care for it? Why had we given up hope so fast?

Evan Chalker’s sermon this last weekend had me asking that same question about my own life. You see, often times when it comes to self-control, I am quick to give up hope. I want good fruit, but when all I see is bad fruit, I resign myself to thinking that I CAN’T produce good fruit. For example: why do I give up so fast on cultivating self-control in the areas of media use, or diet, or even consistent and rich quiet time with the Lord? The reason, I’ve come to realize, is because spiritual health is not defined by how healthy I look on the outside, but by the fruit that I’m producing. What I mean is that, when I look at my life, I tend to see a tree much like the one in my front yard. It looks healthy, it has plenty of leaves, and by all accounts seems to be free from disease. So when it produces bad fruit I think there’s nothing I can do. But that’s a lie. Bad fruit is a sign of disease (Matt. 7:17). As Evan reminded us last weekend, cultivating the fruit of the Spirit takes both a passive and an active role. The Spirit produces the fruit, but my role is not just to sit and watch. I’ve got to prune, to evaluate, to research, and to learn how to care for my soul, and how to cultivate self-control in order to kill the things in me that produce sin.

The lesson I’m continuing to learn is that a tree is known by its FRUIT, not by its appearance as a tree (Luke 6:43-45). God will always produce fruit in the lives of those who desire good fruit and back it up with the faith to do the hard work of pruning. May we go into this week recognizing our need for self-control, in confidence that God will be faithful to produce crop in and through us that we never though possible.