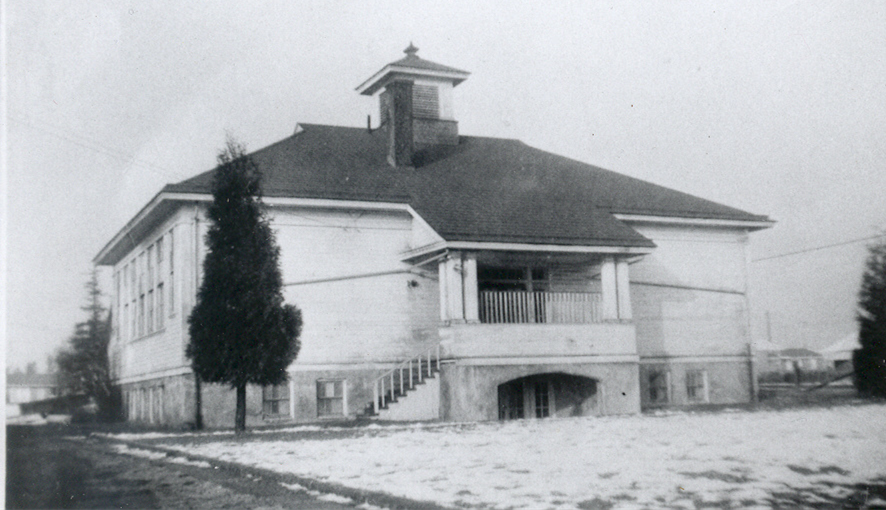 I feel a bit sheepish in saying this, but on June 3 Evergreen Bible Church turned 75 years old! Mazel tov! Perhaps you’re wondering why this notable milestone is only getting a brief mention nearly three weeks after the fact. Seems it would be worth at least a small celebration of some kind or other. Indeed, it would.

The main reason is my failure to study the Book. No, not the Bible.  I’m talking about the two-inch, hand-laced, oversized Evergreen Bible Church Scrapbook. I recently hauled this priceless gem of EBC history out of the attic so I could begin gathering information for the 75 anniversary, which I thought was next year. We missed our 50 anniversary because we were right in the middle of a major pastoral transition and it slipped by unnoticed. I was determined not to miss our 75, so I got started a year in advance, only to discover the church is a year older than I realized. At least I can’t be accused of living in the past.

We may eventually organize a time to celebrate 75 years of God’s grace to Evergreen, but for now consider these significant events.

The pages of this scrapbook are yellowed and worn with age. They are filled with notes and pictures of pastors, events, baptisms, bulletins and the like; the stuff of life for a small rural church out east of Vancouver. It doesn’t strike you as particularly amazing to read it, but it is amazing to live it. Saturday night I stood and sang next to Ron Simcox in his wheelchair. Ron was one of the kids in the Sunday School picture taken in 1942. He has experienced much of God’s 75 years of grace to Evergreen and would know better than most how amazing it truly is.