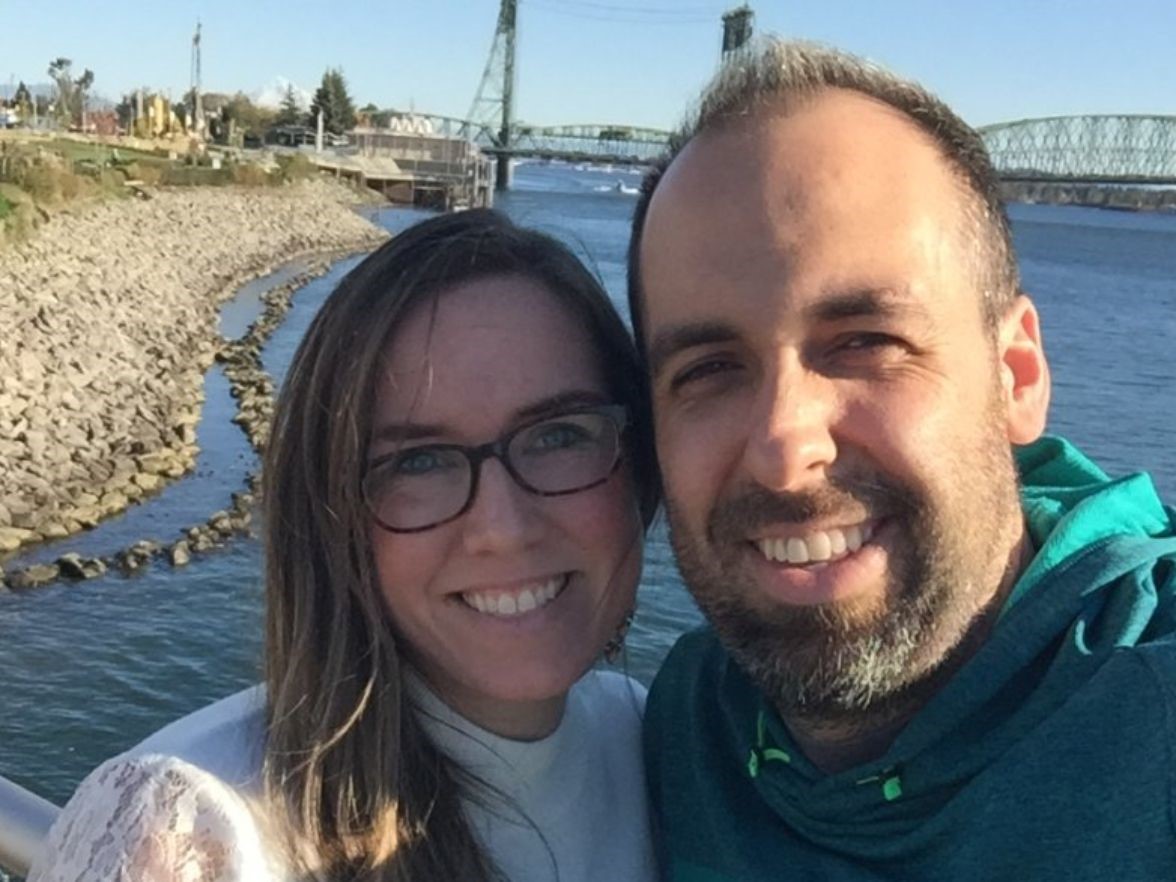 I am looking at one the green response cards we have in the sanctuary chair pockets and it is dated May 24, 2015. It was the first time Matt Daniells had ever been in Evergreen’s building. He, Annette and their four kids (at the time) were here on their first candidating visit and he left the address section blank because they still lived in Puyallup at the time. Matt did, however, check one box on the back: “I’d like to talk to a pastor.” Except he crossed out “talk to” and wrote in “be.” That was one of the first signs of the fun style of ministry that is Pastor Matt.

That Sunday evening, there was a special “get to know you” meeting for the whole church. Matt and Annette shared their stories with us and members had the opportunity to ask questions. One person asked a really obvious question we leaders hadn’t thought to ask in the interview process: “How long do you see yourself being here at Evergreen?” Matt looked at Annette a moment, thought and then replied, “I’d say three to five years.” I was not the only one shocked by his answer. But he went on to explain that he felt called to eventually serve as a lead pastor and that while it was impossible to know God’s timing, he was eager to be developed so that he would be ready when the time was right.

Now, just a month shy of six years, Matt will be serving in his last official weekend as a pastor at Evergreen. There is significant sadness in that, to be sure, but it is equally encouraging. Matt’s spontaneous answer in that Sunday night meeting made it clear to everyone that one of the reasons for his being here was to prepare him for his primary mission. That was a strategic announcement and Matt has actively sought to be developed in his time with us. I have had as good a view of that process as anyone, and I believe we have accomplished that purpose.

This coming weekend (April 17-18) we will be praying for the Daniells family in all three worship services to commission them for their new assignment. There will also be a farewell reception after the Saturday night service.

Six years ago, Matt jokingly wrote that he wanted to be a pastor. Evergreen said yes, and he has served well as a pastor since that time. On Sunday May 1, he will begin serving as the lead pastor at Keyport Bible Church. I wonder what he will put on the response card this time?