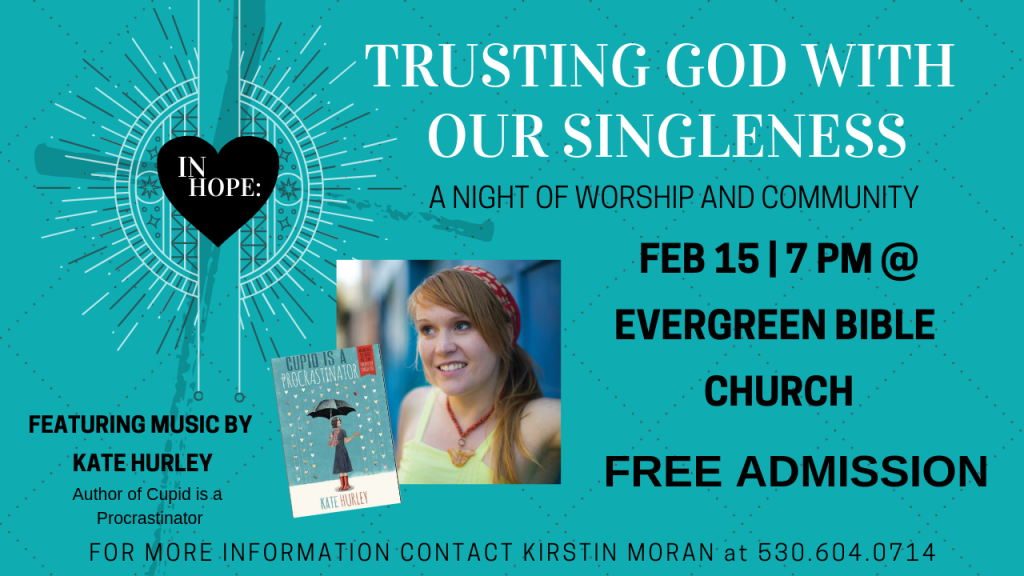 Kate Hurley is a singer-songwriter, worship leader, writer, life coach, and teacher based out of Asheville, NC. She traveled the world for fourteen years sharing her music and stories. She has played and taught everywhere from castles in Germany to slums in India to 30,000 people hippie gatherings. She was a writer and performer with Enter the Worship Circle for several years. She has created six solo albums and is on several other compilation albums, including Enter the Worship Circle: Third Circle. She has written two books, Cupid is a Procrastinator: Making Sense of the Unexpected Single Life and the upcoming Prodigal Mind. In the near future she will be making a live worship album called Kate Hurley and a Bunch Of Hippies Sing Freedom Songs. She is extremely interested in living in intentional communities and has lived in several communities around the country. She is hoping to help plant an intentional community in Asheville.

You can check out her music on spotify or go to http://www.katehurley.com